You Can Motivate Your Team By Working On Your Corporate Culture

Experts, scholars and academics of all sorts have been writing countless of articles and publications about the importance of strong corporate cultures over the last few decades. Today,companies – big and small- have been using its corporate culture as a tool to not only seduce new talents into signing with them (admit it, we’ve all been at least tempted by the endless supply of free food in their cafeteria!), but also make their employees so comfortable at the office that leaving the company would almost feel like leaving their own home (talking about that high retention rate!). The focus of a strong corporate culture has always been about keeping their employees happy and satisfied. However, that clearly isn’t enough !

In fact, while happy and satisfied employees are definitely going to stay longer (and perhaps will even be the most important ambassadors!) at a certain company, their stay doesn’t necessarily and automatically mean that they are intrinsically engaged and motivated to deliver better results and productivity to said company !

Lindsay McGregor and Neel Doshi, authors of the Harvard Business Review article entitled « How Company Culture Shapes Employee Motivation », have set out to address the question, « how does culture drive performance ? » and to put it simply, after carrying out a myriad of surveys, analyses and interviews, they have concluded that, essentially, « Why we work determines how well we work ». Not so surprising of a conclusion after all but this goes to show that most – if not all- of the elements in which many companies have been focusing and investing on to seduce and later retain their employees – from getting a new fusball table to making sure that there is a nap center at every corner of the office—don’t, naturally and automatically, cause or ensure higher productivity (logically, a new fusball table doesn’t—and shouldn’t—impact the « how well we work » part of the conclusion !).

The framework developed by professors Edward Deci and Richard Ryan has been at the heart of these findings. In fact, their research has concluded that there exist six main reasons why people work. Many researches, since the development of this framework, have demonstrated that these following three motives will improve employees’ performance at work to different degrees:

Play : This element makes you feel like you are simply doing the activities that you intrinsically enjoy in an environment called « work ». For example, a salesperson at play enjoys the core activities of selling – coming up with good sales arguments, interacting with the customers, understanding the product inside out in order to give the best suggestions to his clients.

Purpose : This is when the fruits of your labour are in alignment with your core values and identity. Following the example of a salesperson, he genuinely believes that the product that he is selling will, indeed, bring an added value to the customer’s life.

Potential : This is when the results of your labour benefits your identity and advancement. For example, a salesperson with potential may be doing his job because he wants to become the sales director of that branch one day.

On the contrary, the following three motives tend to reduce employees’ performance :

Emotional pressure occurs when you are working in a job because some external factors menace your identity and well-being. Fear, peer pressure and shame are all common and powerful types of emotional pressure (and ones that we have all experienced, haven’t we ?). When a salesperson is working in a company to make his spouse (or friend or mother, etc.) proud, then he’s acting purely on emotional pressure because his motivation is not related to the work itself in any way !

Economic pressure occurs when you are working in a job because you are doing so in order to reap a reward or avoid a certain type of punishment. For instance, if your salesperson is doing his job simply because he would not like to be hungry and homeless by the end of the month, then he is definitely working due to economic pressure. In this case, this reason is not only unrelated to the nature of the job, but also disconnected from his identity and personality.

Inertia (the most problematic of them all) occurs when your salesperson is working at his daily job without even knowing why he is there in the first place or why he is doing what he is doing!

The three aforementioned motives are performance-reducers simply because they are, in many cases, the main reasons why people are employed in jobs that they don’t relate to or have no interest in, whatsoever. In fact, as these motives stem from external factors, the individual feels a lack of incentive to perform well in said job as his intrinsic motivation is not in alignment with the values and principles of the work assigned to him.

The authors have concluded, through their research, that a high-performing culture maximizes the former three Ps (play, purpose and potential) while minimizing the three latter motives (emotional pressure, economic presssure and inertia). This structure is known as creating total motivation (ToMo).

Building on the original framework and adapting it to today’s organizations, researchers have different suggestions for leaders to engineer high-performing organizational cultures (spoiler alert – they are all focused on intrinsic motivations of the employees!).

Naturally, the first suggestion is simply to inspire more of the former three motives while reducing the three latter motives in your organization culture. Researchers have observed that cultures that do so often experience better customer outcomes than cultures that don’t follow this structure. Additionally, in one retail organization that the authors worked with to carry out their experiments, they have found that the difference between a low-ToMo and high-ToMo sales associate was 30% in revenues (yes, sales directors out there, you read it right !).

In order to offer valuable suggestions, McGregor and Doshi have come up with a very precise definition of an organization’s culture : « Culture is a set of processes in an organization that affects the total motivation of its people. » Thus, for a high-performing one, the processes have to maximize the total motivation of as many employees as possible (let’s face it, in an ever increasingly-diverse workforce, not everyone can be equally highly motivated !).

One of those processes needs to be the design of a job. For instance, Google boosts play in their culture when Larry Page and Sergey Brin encourage their employees to spend 20% of their time working on what they think will most benefit Google. In doing so, the founders empower their employees to be more creative and innovative (all the while increasing the performance of their bottom line!).

Another important element is the degree of advancement in an organization. Through their research, the authors have observed that many companies are getting rid of their old system of evaluating their employees simply because these systems pitch their people against each other instead of fostering a culture based on collaboration and the sharing of good practices. Companies have discovered that their old systems were, in fact, designed to increase emotional and economic pressure, which, in turn, reduce total motivation (and thus performance and thus revenues and then the overall morale and what have you).

Similarly, through the same study, many organizations have also found that « sales commissions » can decrease the total motivation of an employee if said employee does not believe that their work will bring an added-value to their customers. In other words, if that salesperson doesn’t believe in his work, then the sales commissions – an external factor – become his main reason (economic pressure) why he is doing said job. As described earlier, this is a factor that reduces an employee’s ToMo. However, if the sales person believes in what he is doing, then the sales commissions automatically becomes the cherry on the cake (don’t we all wish to be in that situation?).

In order to build and maintain a high-performing culture, (sales) managers need to lead their (sales) team by boosting their intrinsic motivations. For example, many team leaders in big organizations have started hosting a reflection hurdle with their team once a week in which each employee answers the three following questions : 1) What did I learn this week ?, 2)What impact did I have this week ? and 3)What do I want to learn next week ? (Luckily, Incenteev is here to provide these companies with a wonderful platform to carry out these coaching sessions !).

Another possibility is to hold meetings where leaders explain to their team the why behind the work that they are carrying out (and you can subsequently test your employees on these matters with the « Quiz » functionality of the Incenteev platform – but I digress) in order to give meaning to their Purpose.

Lastly, let your (sales) team have fun by boosting the play factor ! Think about ways in which your employees can be free to play and experiment during their working hours (again, Incenteev can help you with designing this process by implementing challenges for your sales team that will keep them motivated and engaging year-round. I am repeating myself, now, aren’t I ?).

In a nutshell, the building and maintaining of a corporate culture is fundamental to the success of your organization! As convincingly stated in Andy Gole’s Forbes’ article « How to Motivate your Sales Team », « a strong corporate culture acts as a salesperson’s motivator. » And here at Incenteev, we do share his opinion on the importance of employees embracing corporate culture in order to create more alignment and, consequently, improving the whole company’s bottom line. What do you think? 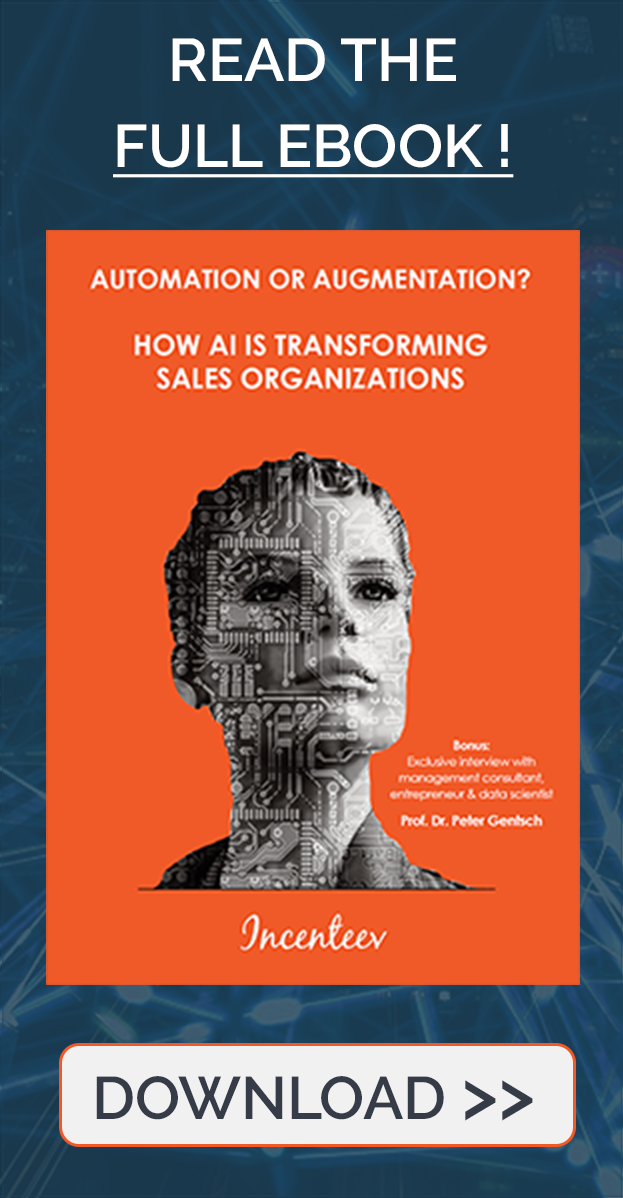